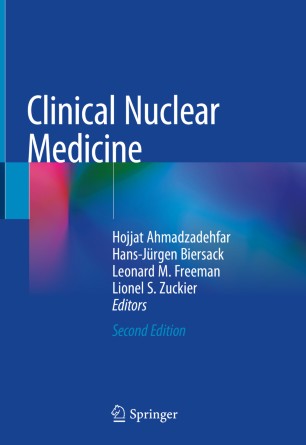 In the new edition of this very successful book, European and North American experts present the state of the art in diagnostic and therapeutic radionuclide procedures. The aim is to examine established and emerging clinical applications in detail, rather than to consider everything included in the comprehensive texts already available within the field. This “practical” approach ensures that the book will be a valuable guide for nuclear medicine physicians, technologists, students, and interested clinicians alike. This edition of Clinical Nuclear Medicine has been extensively revised to take account of recent developments. The roles of SPECT/CT, PET/CT, and PET/MRI are clearly explained and illustrated, and the coverage extended to encompass, for example, novel PET tracers and therapeutic radionuclides, advanced techniques of brain imaging, and the development of theranostics. Readers will be fully persuaded of the ever-increasing value of nuclear medicine techniques in depicting physiology and function and complementing anatomic modalities such as CT, MRI, and ultrasound.

Hans-Jürgen Biersack was Professor of Nuclear Medicine at the University of Bonn for more than 30 years and is now Emeritus Professor. He has many years of experience as Director of the Klinik und Poliklinik für Nuklearmedizin in Bonn. In a long and distinguished career, he has served as President of both the German Society of Nuclear Medicine (1992–4) and the World Federation of Nuclear Medicine and Biology (1994–8). He has received a number of awards, including the Georg von Hevesy Medal (2000), and was Badgastein Lecturer in 1988, Dr. Luis Guerrero Lecturer in 1994, and L. Rao and Shanta Chervu Lecturer in 2000. He holds the Order of Merit from the Federal Republic of Germany and the Sign of Honor from the Red Cross. Professor Biersack has sat on the editorial boards of numerous leading journals and has acted as editor for several journals. He is the author of 440 papers cited in PubMed/MEDLINE as well as 310 book chapters and 35 books. He continues to work at Betaclinic Bonn.

“This publication wants mainly to be useful as practical textbook for people involved in the field, proposing itself not only as a study text but also as a source of verification of information which is felt the need during daily work. … the distribution of the chapters and the editorial presentation allows easy readability and a fast identification of the necessary information. … this book widely deserves a prominent position in libraries and on work desks of nuclear medicine departments.” (Luigi Mansi, European Journal of Nuclear Medicine and Molecular Imaging, Vol. 48, 2021)

“This new edition is a welcome and timely addition and is likely to be of interest to those undertaking training in nuclear medicine whether it be as a physician, radiologist, physicist, technologist or radiographer. It should also be a useful acquisition for nuclear medicine departments seeking a practical and up-todate reference book.” (Andy Scarsbrook, RAD Magazine, December, 2020)
Buy options