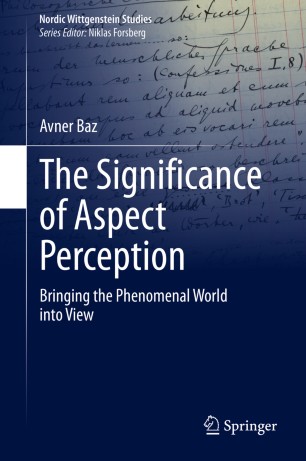 Bringing the Phenomenal World into View

On the way, Baz explores connections between Wittgenstein’s remarks on aspects and Kant’s aesthetics. He examines ways in which the remarks on aspects may be brought to bear on contemporary philosophical work on perception. He discusses some of the implications of Wittgenstein’s work on aspect perception for issues in moral philosophy and the philosophy of action. Wittgenstein said the problem of aspect perception was as hard as granite, and no one is a more capable, persistent and imaginative stonecutter than Baz. Using insights from Merleau-Ponty’s work, he shows how the philosophical significance of what is involved in “seeing something as something” is still being widely misunderstood and underappreciated. These essays stand out by their depth and honesty, and raise new questions that anyone working in the area will have to address.
– Martin Gustafsson, Åbo Akademi University, Turku, Finland