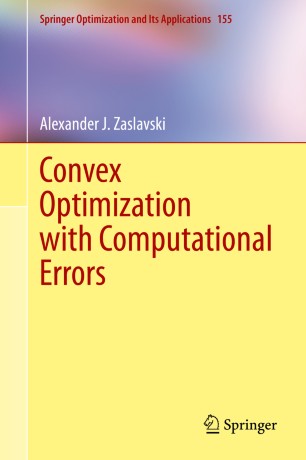 Part of the Springer Optimization and Its Applications book series (SOIA, volume 155)

The discussion takes into consideration that for every algorithm, its iteration consists of several steps; computational errors for various steps are generally different. This fact, which was not accounted for in the previous book, is indeed important in practice. For example, the subgradient projection algorithm consists of two steps—a calculation of a subgradient of the objective function and a  calculation of a projection on the feasible set. In each of these two steps there is a computational error and these two computational errors are generally different.

​Alexander J. Zaslavski is professor in the Department of Mathematics, Technion-Israel Institute of Technology, Haifa, Israel.