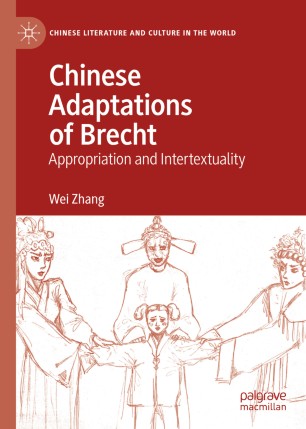 This book examines the two-way impacts between Brecht and Chinese culture and drama/theatre, focusing on Chinese theatrical productions since the end of the Cultural Revolution all the way to the first decades of the twenty-first century. Wei Zhang considers how Brecht’s plays have been adapted/appropriated by Chinese theatre artists to speak to the sociopolitical, economic, and cultural developments in China and how such endeavors reflect and result from dynamic interactions between Chinese philosophy, ethics, and aesthetics, especially as embodied in traditional xiqu and the Brechtian concepts of estrangement (Verfremdungseffekt) and political theatre. In examining these Brecht adaptations, Zhang offers an interdisciplinary study that contributes to the fields of comparative drama/theatre studies, intercultural studies, and performance studies.

Wei Zhang is Professor at Hangzhou Normal University, China. She holds a PhD in Comparative Theatre from the University of Hawai’i at Mānoa (2018) and a PhD in Performance Studies from Shanghai Theatre Academy (2007). Her research has been published in Asian Theatre Journal, Classical Receptions Journal, The Brecht Yearbook, and many other journals.