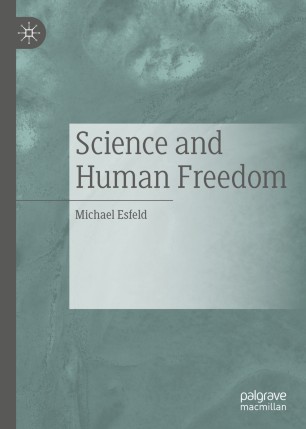 This book argues for two claims: firstly, determinism in science does not infringe upon human free will because it is descriptive, not prescriptive, and secondly, the very formulation, testing and justification of scientific theories presupposes human free will and thereby persons as ontologically primitive. The argument against predetermination is broadly Humean, or more precisely ‘Super-Humean’, whereas that against naturalist reduction is in large Kantian, drawing from Sellars on the scientific and the manifest image.  Thus, whilst the book defends scientific realism against the confusion between fact and fake, it also reveals why scientific theories, laws and explanations cannot succeed in imposing norms for our actions upon us, neither on the level of the individual nor on that of society.

Esfeld makes a strong case for an ontology of science that is minimally sufficient to explain our scientific and common sense knowledge, not only removing the concern that the laws of nature are incompatible with human freedom, but furthermore showing how our freedom is in fact a very presupposition for science.

Michael Esfeld is Full Professor of philosophy of science at the University of Lausanne, Switzerland. More information on his research can be found at www.michaelesfeld.com