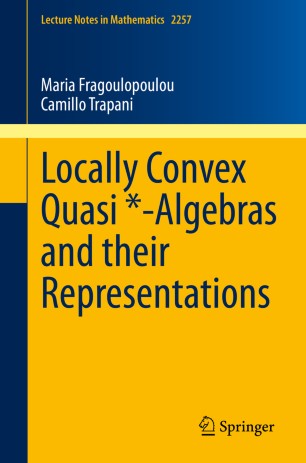 “This book is well written and can be recommended both to experts on locally convex quasi *-algebras as well as to young researchers (not only in mathematics, but also in physics) who want to understand the ‘world of quasi *-algebras’ (in the general case or in the normed or locally convex setting).” (Mart Abel, zbMATH 1447.46001, 2020)