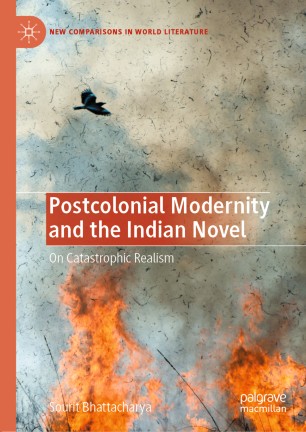 Postcolonial Modernity and the Indian Novel

‘Postcolonial Modernity and the Indian Novel is an incisive study of how literature represents three “catastrophic” events of twenty-century India. Advancing original readings of both famous and less-known works in English and Bengali, and blending historical accounts with literary analysis, Bhattacharya interrogates the politics of literary form and reclaims postcolonial realism as an energetic and politically committed mode of apprehending social reality.’

‘Bhattacharya has produced an illuminating and eloquent study of crisis and catastrophe in modern Indian fiction. The lens of 'catastrophic realism' opens up a range of important texts to sharp critical analysis and generates fine new understandings of authors from Rushdie and Mahasweta Devi to O.V Vijayan and Nabarun Bhattacharya. An essential companion for studies of the novel in India.’

This book argues that modernity in postcolonial India has been synonymous with catastrophe and crisis. Focusing on the literary works of the 1943 Bengal Famine, the 1967–72 Naxalbari Movement, and the 1975–77 Indian Emergency, it shows that there is a long-term, colonially-engineered agrarian crisis enabling these catastrophic events. Novelists such as Bhabani Bhattacharya, Mahasweta Devi, Salman Rushdie, Rohinton Mistry, Nabarun Bhattacharya, and Nayantara Sahgal, among others, have captured the relationship between the long-term crisis and the catastrophic aspects of the events through different aesthetic modalities within realism, ranging from analytical-affective, critical realist, quest modes to apparently non-realist ones such as metafictional, urban fantastic, magical realist, and others. These realist modalities are together read here as postcolonial catastrophic realism.

Sourit Bhattacharya is Lecturer in Postcolonial Studies at the University of Glasgow, Scotland. He is a co-editor of Nabarun Bhattacharya (2020) and Sanglap: Journal of Literary and Cultural Inquiry.

“This could be a promising avenue of inquiry for future scholars. The easy flow of writing and the profuse references to world literary works are sure to enlighten readers inside and outside the academy.” (Avijit Pramanik, Postcolonial Text, Vol. 16 (1), 2021)