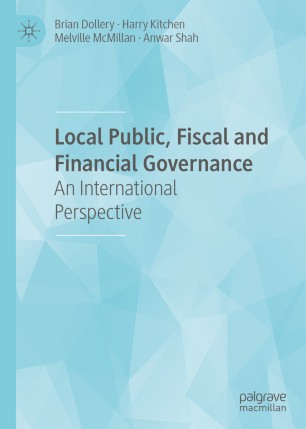 Harry Kitchen is Professor Emeritus in the Economics Department at Trent University, Canada. Over the past twenty years, he has completed more than 100 articles, reports, studies, and books on issues relating to local government expenditures, finance, structure and governance in Canada. In addition, he has served as a consultant or advisor for a number of municipal and provincial governments in Canada and the federal government, and has worked on projects in Russia and China. In 2013, he was awarded a Queens Diamond Jubilee medal for policy analysis and research contributions to municipal finance, structure and governance in Canada. In 2017, he was appointed visiting scholar at the Institute of Municipal Finance and Governance, Munk School of Global Affairs, University of Toronto.

Melville McMillan is Professor Emeritus in the Department of Economics and a Fellow of the Institute of Public Economics at the University of Alberta, Canada.  McMillan’s research and teaching interests are in public economics, particularly urban and local economics, fiscal federalism, and the demand/supply of public goods and services. He has published in these areas and has advised governments and organizations nationally and internationally (e.g., the World Bank).  Although “retired,” McMillan remains actively involved in academic and policy matters.