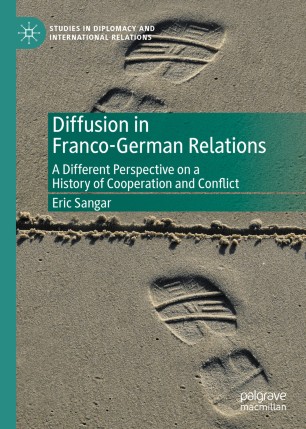 A Different Perspective on a History of Cooperation and Conflict

“Although France and Germany (and the many German states existing before the creation of Germany in 1871) were pitted against each other in several successive wars between 1792 and 1945, they influenced each other’s ideas, political structures, and legislation. There were fans of the other country’s values on both sides. This study puts key episodes of this exchange inter-cultural exchange under the scientific microscope, drained of blood and passion, picking them apart with the clinical instruments of the social scientist. It is history made accessible to the sociologist and the anthropologist.”
—Beatrice Heuser, Professor of International Relations at the University of Glasgow, UK
This book analyses and compares instances of the diffusion of political norms and ideas in the history of Franco-German relations. While this relationship is often described as a history evolving from enmity over reconciliation to friendship, the book uses the concept of diffusion as a complementary analytical perspective to emphasize how political norms and ideas originating in one society have influenced the other, especially in periods of intergovernmental conflict. Established in International Relations to explain transnational normative change in contemporary contexts, the framework of diffusion is heuristically useful to explore how various types of actors have contributed, using analytically different mechanisms, to normative change across the Rhine. The book presents eight case studies featuring various contents and mechanisms of ideational diffusion taken from three contexts of Franco-German history, including the French Revolution, the Franco-Prussian War, and Franco-German rapprochement after 1945. Arguing that phenomena that are often seen as genuinely ‘national’ evolutions, such as German nationalism or the French system of primary education, cannot be understood without taking into account the reception and emulation of norms from across the Rhine, the book should help students and scholars to overcome the limits of methodological nationalism when studying bilateral relationships, in the Franco-German context and elsewhere.
​Eric Sangar is Lecturer in Political Science at Sciences Po Lille, France, a member of the research centre CERAPS, University of Lille, and an associated member of the Centre Emile Durkheim at Sciences Po Bordeaux. He authored the monograph Historical Experience: Burden or Bonus in Today’s Wars? and co-edited the volume Researching Emotions in International Relations.