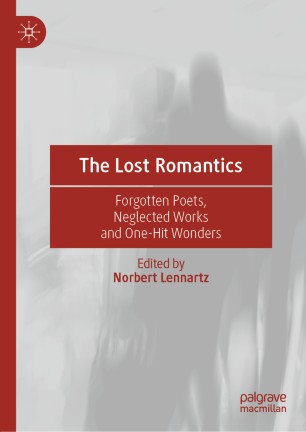 This lively collection of essays by a team of international scholars brings back to view the larger constellation of writers eclipsed by our modern obsession with a handful of canonical poets. The “lost Romantics” include authors who were once famous and are now forgotten, neglected authors who are attracting new critical attention, and the utterly obscure, the truly lost. Readers will discover a richer, stranger Romanticism than the one they thought they knew.

This book features a collection of essays, shedding subversively new light on Romanticism and its canon of big-six, white, male Romantics by focusing on marginalised, forgotten and lost writers and their long-neglected works.
Probing the realms of literary and cultural lostness, this book identifies different strata of oblivion and shows how densely the net of contacts and rivalries was woven around the ostensibly monolithic stars of the Romantic age. It reveals how the lost poets inspired the production of anthologised poetry, that they served as indispensable muses, sidekicks and interlocutors of the big six and that their relevance for the literary scene has been continuously underrated. This is also surprisingly true for some creators of famous one-hit wonders (Frankenstein, The Vampyre) who were suddenly rocketed to fame or notoriety, but could not help seeing their other works of fiction turning into abortive flops.
Norbert Lennartz is Professor of English Literature at the University of Vechta (Germany). He has published widely on Romanticism, in particular on Byron, and on the paragons of the Victorian Age (Dickens Hardy, Wilde). He has just completed a full-length study on literary representations of tears, bodily fluids and porous bodies