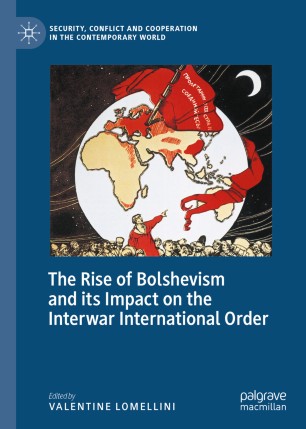 This book examines the international impact of Bolshevism in the period between the two World Wars. It explores both the significance of the ‘Bolshevik threat’ in European countries and colonies, as well as its spread through the circulation of ideas and people during this period. Focusing on the interplay between international relations and domestic politics, the volume analyses the rise of Bolshevism on the international stage, incorporating insights from India and China. The chapters show how the interwar international order was challenged by the ideology, which infiltrated a range of political societies. While it was incapable of overthrowing national systems, Bolshevism constituted a credible threat, which favoured the spread of fascist and nationalist trends. Offering the first detailed account of the Bolshevik danger at an international level, the book draws on multi-national and multiarchival research to examine how the peril of Bolshevism paradoxically allowed a stabilization of the post-World War I Versailles system.

Valentine Lomellini is Associate Professor at the Department of Political and Law Sciences, and International Studies at the University of Padua, Italy, where she teaches on the History of International Relations and Terrorism and Security in International History. She has published extensively on the international relations between Italy, France, the Eastern bloc and the US and in 2009, she was awarded the Medal of the President of the Italian Republic. She is currently working on a research project on the cooperation of European states against international terrorism.