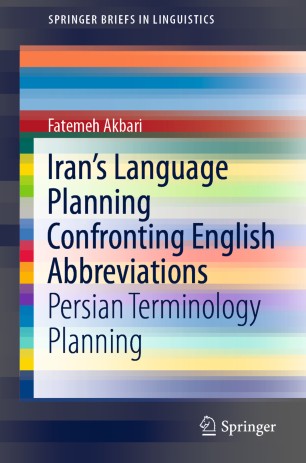 This book addresses one of the most crucial and common questions confronting planners of languages other than English, that is, how the impacts of global languages on local languages should be dealt with: internationalization or local language promotion? This empirical study examines the implementation of Iran’s governmental language and terminology policy to accelerate rarely used abbreviation methods in Persian in order to preserve the language from the extensiveness of borrowed English abbreviated forms.

This book provides an in-depth analysis of relevant linguistic theories as well as the structure and social context of the Persian language itself, rather than relying on personal opinions or beliefs either in favour of or against abbreviation. The text appeals to politicians, language planners, terminologists, lecturers, authors and translators of scientific works, especially those who are speakers of languages other than English and seek to promote their local languages. This book is particularly relevant to linguistics students (both undergraduate and graduate students) and language teachers and researchers in the broader areas of language education and curriculum design.

Fatemeh Akbari received her doctorate in Translation Studies/Transcultural Communication from the University of Vienna (awarded a Distinction), specializing in Terminology and Language Planning. She has extensive experience in this realm both within Iran where she has worked as a terminologist at the Academy of Persian Language and Literature and outside the country where she has cooperated with a number of international institutes. She has also taught Persian language and culture at Tehran University (Dehkhoda Institute) and the Australian National University. Her research interests are language policy and planning, sociolinguistics, terminology, onomastics, and language education.