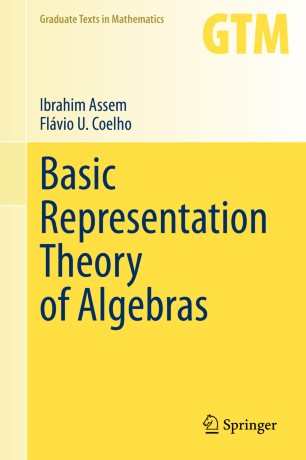 This textbook introduces the representation theory of algebras by focusing on two of its most important aspects: the Auslander-Reiten theory and the study of the radical of a module category. It starts by introducing and describing several characterisations of the radical of a module category, then presents the central concepts of irreducible morphisms and almost split sequences, before providing the definition of the Auslander-Reiten quiver, which encodes much of the information on the module category. It then turns to the study of endomorphism algebras, leading on one hand to the definition of the Auslander algebra and on the other to tilting theory. The book ends with selected properties of representation-finite algebras, which are now the best understood class of algebras.
Intended for graduate students in representation theory, this book is also of interest to any mathematician wanting to learn the fundamentals of this rapidly growing field. A graduate course in non-commutative or homological algebra, which is standard in most universities, is a prerequisite for readers of this book.

Ibrahim Assem obtained his PhD. from Carleton University, Canada, in 1981, and he has taught mathematics at the Université de Sherbrooke, Canada, since 1988. His main research interests are the representation theory of algebras, cluster algebras and homological algebra. He has published 115 research papers, one chapter in a collective book, four textbooks and one monograph.
Flávio Ulhoa Coelho has taught at the University of São Paulo, Brazil, since 1985. He obtained his PhD. from the University of Liverpool, UK in 1990. He has been a Full Professor since 2003 and was the director of USP's Institute of Mathematics and Statistics from 2010-2014. He has published over 70 research papers and three undergraduate textbooks in mathematics, as well as nine literature books.