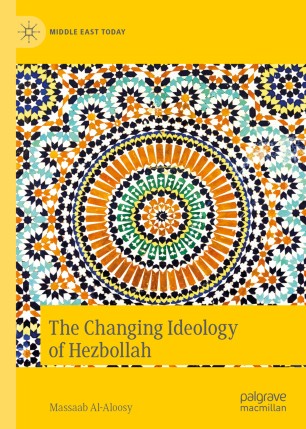 The Changing Ideology of Hezbollah

The project discusses Hezbollah's political ideology and how it evolves over time and the conditions that lead to the change of ideology. The author also examines Hezbollah's relationship with the patron states, Syria and Iran. In contrast with major arguments in the literature, the book argues that political ideologies are not fixed and they evolve depending on a number of factors such as the change in context, major events like a civil war in the patron state, and, most importantly, when the change of ideology becomes linked to survival of the insurgency. This monograph will appeal to a wide range of audiences such as researchers, scholars, and graduate students in the fields of Middle Eastern studies, political studies, Islamism, and nationalism.
Massaab Al-Aloosy is an Assistant Professor in the Critical Security Program at
the Doha Institute for Graduate Studies, Qatar.

Massaab Al-Aloosy is an Assistant Professor in the Critical Security Program at
the Doha Institute for Graduate Studies, Qatar.