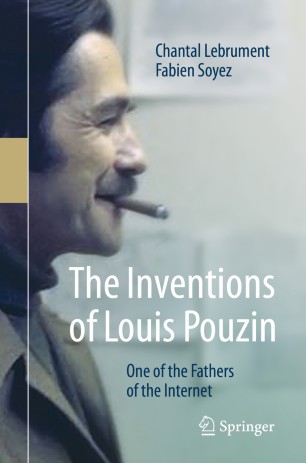 The Inventions of Louis Pouzin

One of the Fathers of the Internet

This book recounts the adventures of Louis Pouzin who invented one of the core elements for transmitting data over today’s Internet, the datagram. He also created one of the most widely used computer programming languages, the Shell; and is currently, at age 88, a leader in the development of a new Internet, RINA.
Louis Pouzin is not well known in his own country, France, but is acclaimed by his peers internationally. He was ignored in France for years although he is one of the very few French scientists who has met Queen Elizabeth II three times. This lack of appreciation on the part of the French public is also due to the fact that, despite the motto “publish or perish” current in scientific circles, he has an impressive list of scientific publications but only one book in English, to present his incredible achievement carried out with an exceptional team: the Cyclades project.
This book is the story of a life and a team. It is the journey of a visionary intellectual who has always been one step ahead and has fully adapted to the 21st century though born into a very modest family in a small village in central France at the beginning of the 20th century… What makes Louis Pouzin so special is that he is a leader and decision-maker who knows how to attract the right people to get projects done. He never admits defeat, even when short-sighted politicians absurdly order him to scrap his breakthroughs.
In its making, this book which is written for everyone interested in the true history of the Web, has strictly respected the basic rules of any journalistic investigation: interviews with those who made history, cross-referencing of sources, and documentary research.