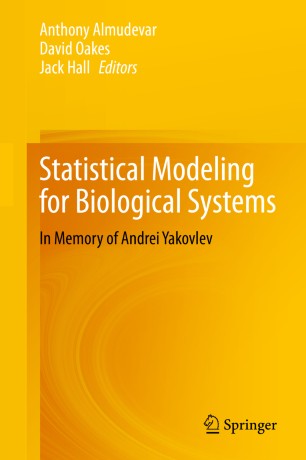 In Memory of Andrei Yakovlev

This book commemorates the scientific contributions of distinguished statistician, Andrei Yakovlev. It reflects upon Dr. Yakovlev’s many research interests including stochastic modeling and the analysis of micro-array data and throughout the book it emphasizes applications of the theory in biology, medicine and public health. The contributions to this volume are divided into two parts.
Part A consists of original research articles, which can be roughly grouped into four thematic areas, (i) branching processes, especially as models for cell kinetics, (ii) multiple testing issues as they arise in the analysis of biologic data, (iii) applications of mathematical models and of new inferential techniques in epidemiology, and (iv) contributions to statistical methodology, with an emphasis on the modeling and analysis of survival time data.
Part B consists of methodological research reported as a short communication, ending with some personal reflections on research fields associated with Andrei and on his approach to science. The Appendix contains an abbreviated vitae and a list of Andrei’s publications, complete as far as we know.
The contributions in this book are written by Dr. Yakovlev’s collaborators and notable statisticians including former Presidents of the Institute of Mathematical Statistics and of the Statistics Section of the AAAS. Dr. Yakovlev’s research appeared in four books and almost 200 scientific papers, in mathematics, statistics, biomathematics and biology journals. Ultimately this book offers a tribute to Dr. Yakovlev’s work and recognizes the legacy of his contributions in the biostatistics community.