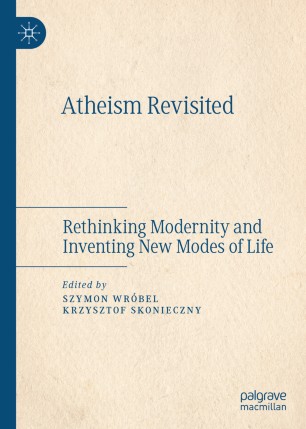 Atheism Revisited is a collection of essays that explore the multifaceted nature of atheism. Starting from the notion that today’s atheism is shaped by the defining processes of Modernity—such as secularization and the breakup of science, philosophy, and theology—the first part of the book undertakes a thorough scrutiny of Modern atheisms, from Spinoza and Hobbes to Marx and Nietzsche. The second part of the book seeks to draw practical conclusions from this scrutiny and answer the questions: what is the state of atheism today? What is the role of an atheist in a world affected by religious fundamentalisms? What should the relationship between atheists and religious people look like?

The wide scope of the book allows readers to see atheism as a central concern of many intellectual movements, from Marxism and French Theory to post-secularism and the reevaluation of Modernity, and to understand atheism as a focal point of the most important contemporary philosophical debates.

Szymon Wróbel is a full professor in the Faculty of “Artes Liberales” at the University of Warsaw and the Institute of Philosophy and Sociology, Polish Academy of Sciences, Poland.

Krzysztof Skonieczny is an assistant professor in the Faculty of “Artes Liberales” at the University of Warsaw, Poland.