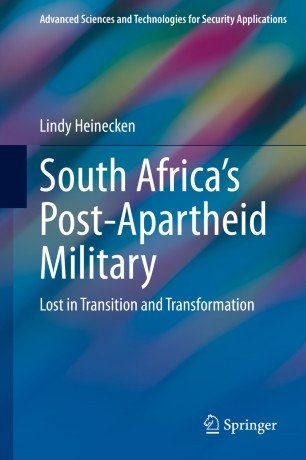 Lost in Transition and Transformation

This timely book examines how the South African National Defence Force has adapted to the country’s new security, political and social environment since 1994. In South Africa’s changed political state, how has civilian control of the military been implemented and what does this mean for ‘defence in a democracy’? This book presents an overview of the security environment, how the mission focus of the military has changed and the implications for force procurement, force preparation, force employment and force sustainability.

The author addresses other issues, such as:

·      the effect of affirmative action on meritocracy, recruitment and retention

·      military veterans, looking at the difficulties they face in reintegrating back into society and finding gainful employment

·      the rise of military unions and why a confrontational, instead of a more corporatist approach to labour relations has emerged

·      HIV/AIDS and the consequences this holds for the military in terms of its operational effectiveness.

In closing, the author highlights key events that have caused the SANDF to become ‘lost in transition and transformation’, spelling out some lessons learned. The conclusions she draws are pertinent for the future of defence, security and civil-military relations of countries around the world.