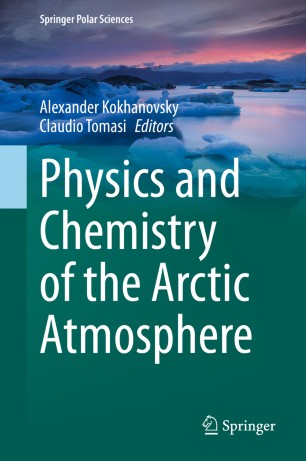 Physics and Chemistry of the Arctic Atmosphere

This book presents current knowledge on chemistry and physics of Arctic atmosphere. Special attention is given to studies of the Arctic haze phenomenon, Arctic tropospheric clouds, Arctic fog, polar stratospheric and mesospheric clouds, atmospheric dynamics, thermodynamics and radiative transfer as related to the polar environment. The atmosphere-cryosphere feedbacks and atmospheric remote sensing techniques are presented in detail. The problems of climate change in the Arctic are also addressed.

Claudio Tomasi graduated at the Department of Physics of the University of Bologna, Italy, and worked as researcher at the National Council of Research CNR since 1970, carrying out his first studies on the extinction of solar radiation and absorption and emission of infrared radiation by the atmosphere, and working in the subsequent years on remote sensing techniques applied to aerosols, clouds and minor gases. He became CNR Senior Researcher in 1986 and Research Director in 1991. He was Director of the FISBAT-CNR Institute from 1994 to 1998 and member of the Scientific Committee of CNR from 1998 to 2002 (for Physics and Earth’s Sciences). After his retirement in 2006, he still continues his research activity as Associate Researcher at the Institute for Atmospheric Sciences and Climate (ISAC-CNR). He was P. I. from 2005 to 2009 of the national project QUITSAT supported by the Italian Space Agency to evaluate the air quality parameters on the Po Valley area, and leader of the international research project POLAR-AOD, dedicated to study the radiative parameters of polar aerosols. He is author of more than 160 papers published in international scientific reviews and more than 140 articles in national reviews and technical reports.