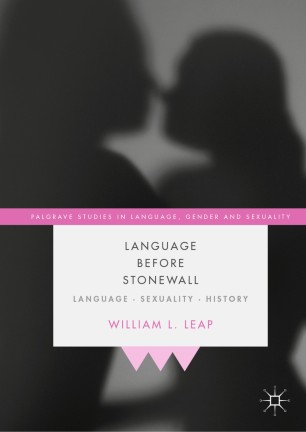 Part of the Palgrave Studies in Language, Gender and Sexuality book series (PSLGS)

This book explores the linguistic and social practices related to same-sex desires and identities that were widely attested in the USA during the years preceding the police raid on the Stonewall Inn in 1969. The author demonstrates that this language was not a unified or standardized code, but rather an aggregate of linguistic practices influenced by gender, racial, and class differences, urban/rural locations, age, erotic desires and pursuits, and similar social descriptors. Contrary to preconceptions, moreover, it circulated widely in both public and in private domains. This intriguing book will appeal to students and academics interested in the intersections of language, sexuality and history and queer historical linguistics.
William L. Leap is Emeritus Professor of Anthropology at American University and Affiliate Professor in the Center for Women’s, Gender and Sexuality Studies at Florida Atlantic University, USA.