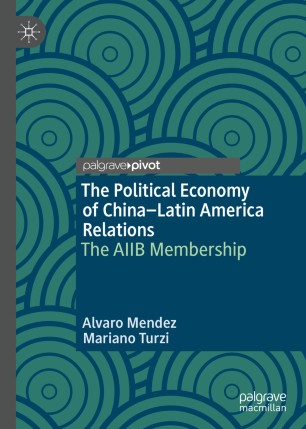 The book explores the ways in which Latin American states are capitalizing or failing to capitalize on the initiatives of China in world affairs. The authors hypothesize that a dearth of regional agency and social construction, and a consequent institutional deficit in foreign relations, characterizes Latin America and its inadequate reaction to Chinese agency. The volume includes multiple case studies from eight Latin American countries and discusses the Asian Infrastructure Investment Bank’s initiatives and policies. The book will interest scholars, researchers, policy-makers, foreign policy analysts, and graduate students in Latin American and Asian politics as well as development studies and political economy.

Alvaro Mendez is Adjunct Professor at the Institute for Global Policy at Fudan University, China, as well as co-director of the Global South Unit based in LSE IDEAS and the Department of International Relations at the London School of Economics, United Kingdom. He is also a Senior Visiting Professor of International Relations at Peking University and Sciences Po Paris, France.

Mariano Turzi is a Professor at CEMA University, Argentina..

Mariano Turzi is a Professor at CEMA University, Argentina.