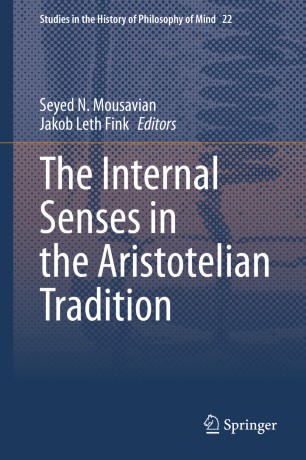 Part of the Studies in the History of Philosophy of Mind book series (SHPM, volume 22)

The second part of the volume contains a number of case studies demonstrating the philosophical background of some of the most influential topics covered by the internal senses in the Aristotelian tradition and in contemporary philosophy of mind. The focus of the case studies is on memory, imagination and estimation. Chapters introduce the underlying mechanisms of memory and recollection taking its cue from Aristotle but reaching into early modern philosophy as well as studying composite imagination in Avicenna’s philosophy of mind. Further topics include the Latin reception of Avicenna’s estimative faculty and the development of the internal senses as well as offering an account of the logic of objects of imagination.

Jakob Leth Fink (PhD Copenhagen 2009) is a postdoctoral researcher in Representation and Reality in the Aristotelian Tradition at Gothenburg University. His research interests cover Aristotle, the Aristotelian Tradition, ethics and dialectic. He has recently published on Aristotle’s Nicomachean Ethics and its medieval reception.
Seyed N. Mousavian (PhD Alberta, 2008) is a research fellow in Representation and Reality at the Department of Philosophy, Linguistics, and Theory of Science, University of Gothenburg, Gothenburg, Sweden and an associate professor of philosophy at the School of Analytic Philosophy, Institute for Research in Fundamental Sciences (IPM), Tehran, Iran. His research interests include philosophy of language, metaphysics and Medieval Arabic philosophy. He has published in Mind and Language, Oxford Studies in Medieval Philosophy, Pacific Philosophical Quarterly, Canadian Journal of Philosophy, and Synthese among other places.