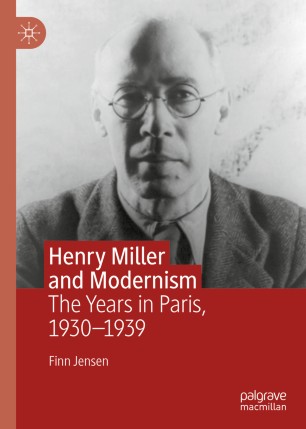 Henry Miller and Modernism: The Years in Paris, 1930–1939 represents a major reevaluation of Henry Miller, focusing on the Paris texts from 1930 to 1939. Finn Jensen analyzes Miller in the light of European modernism, in particular considering the many impulses Miller received in Paris. Jensen draws on theories of urban modernity to connect Miller’s narratives of a male protagonist alone in a modern metropolis with his time in Paris where he experienced a self-discovery as a writer. The book highlights several sources of inspiration for Miller including Nietzsche, Rimbaud, Hamsun, Strindberg and the American Transcendentalists. Jensen considers the key movements of modernity and analyzes their importance for Miller, studying Eschatology, the Avant-Garde, Dada, Surrealism, Expressionism, and Anarchism.

Finn Jensen is Lecturer, Researcher, Retired, at the University of Copenhagen and Copenhagen Open College, Denmark.