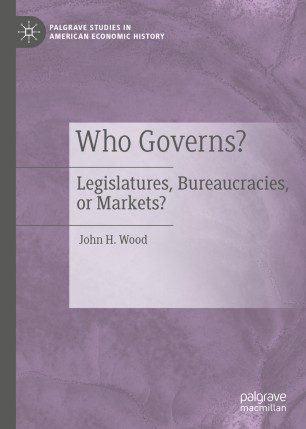 When we start to perceive that there is a problem in the market (such as monopoly, fraud or speculation), the legislature passes a law to correct it, a bureaucracy is created to interpret and enforce the new law, firms and other market participants comply, and the problem is solved. But is it?  Are politicians’ promises and textbooks’ stories to be believed?

This book examines US economic history to demonstrate how the applications of laws are uncertain, affected by changing political and economic conditions as well as by legislators’ perceptions and the ability or willingness of bureaucracies to enforce laws. The two cases developed in this book revolve around William McChesney Martin, Jr., who helped apply (i) the 1930s Securities Acts as president of the New York Stock Exchange and (ii) the Federal Reserve Act in the Keynesian era unforeseen by that Act. As chairman of the New York Stock Exchange, Martin served as private regulator of firms listed on the Exchange—itself a publicly regulated entity. As chairman of the Federal Reserve, he then served as a public regulator. This book thus offers an innovative approach to understanding and examining the various issues and incentives facing each of the three parties: regulated, private regulator, and public regulator.