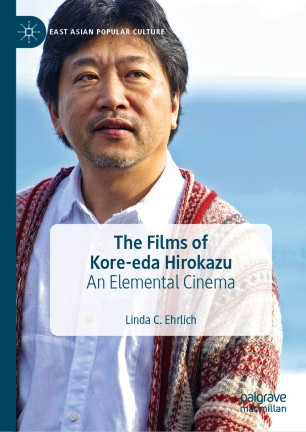 The Films of Kore-eda Hirokazu

The Films of Kore-eda Hirokazu: An Elemental Cinema draws readers into the first 13 feature films and 5 of the documentaries of award-winning Japanese film director Kore-eda Hirokazu. With his recent top prize at the Cannes Film Festival for Shoplifters, Kore-eda is arguably Japan’s greatest living director with an international viewership. He approaches difficult subjects (child abandonment, suicide, marginality) with a realistic and compassionate eye.
The lyrical tone of the writing of Japanese film scholar Linda C. Ehrlich perfectly complements the understated, yet powerful, tone of the films. From An Elemental Cinema, readers will gain a special understanding of Kore-eda’s films through a novel connection to the natural elements as reflected in Japanese traditional aesthetics.
An Elemental Cinema presents Kore-eda’s oeuvre as a connected whole with overarching thematic concerns, despite frequent generic experimentation. It also offers an example of how the poetics of cinema can be practiced in writing, as well as on the screen, and helps readers understand the films of this contemporary director as works of art that relate to their own lives.