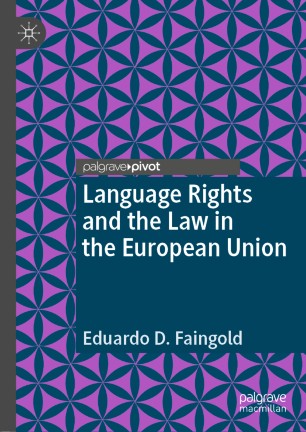 Language Rights and the Law in the European Union

Eduardo D. Faingold is Professor of Spanish and linguistics at the University of Tulsa, USA.