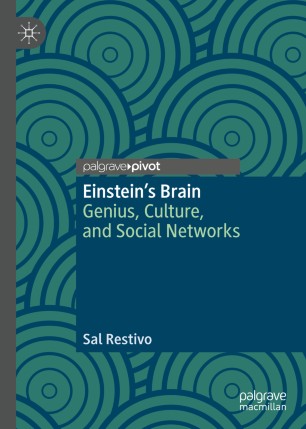 “What an intriguing achievement!  In a provocative and at times chucklesome discussion across six chapters, Restivo encourages us to rethink the individualized sources and attributed value of being an intellectual pioneer.  An altogether imaginative argument and enjoyable read.”

“From a decidedly sociological perspective, Restivo argues that the self is dependent on a person’s social contexts, so much so that the very existence of an individual self is in question.  His newest work is a bold re-imagining of the nature of the self, an important antidote to the long-lived but incomplete conception of genius as localized within a gifted individual’s brain.”

—David. S. Moore, Professor of Psychology, Pitzer College and Claremont Graduate University, USA, and author of The Dependent Gene: The Fallacy of “Nature vs. Nurture” (2002); and The Developing Genome: An Introduction to Behavioral Epigenetics (2015).

This book reviews the research on Einstein’s brain from a sociological perspective and in the context of the social brain paradigm.  Instead of “Einstein, the genius of geniuses” standing on the shoulders of giants, Restivo proposes a concept of Einstein the social being standing on the shoulders of social networks. Rather than challenging Einstein’s uniqueness or the uniqueness of his achievements, the book grounds Einstein and his achievements in a social ecology opposed to the myths of the “I,” individualism, and the very idea of “genius.”  “Einstein” is defined by the particular configuration of social networks that he engaged as his life unfolded, not by biological inheritances.