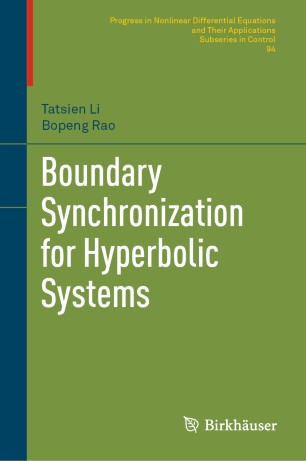 Part of the Progress in Nonlinear Differential Equations and Their Applications book series (PNLDE, volume 94)

Primarily aimed at researchers and graduate students of applied mathematics and applied sciences, this text will particularly appeal to those interested in applied PDEs and control theory for distributed parameter systems.

“The book is well organized and presents the most important notions of boundary synchronization for hyperbolic systems. The book is suitable for senior undergraduate and graduate students as well as practical engineers, scientist and researchers interested in boundary synchronization for hyperbolic systems.” (Seenith Sivasundaram, zbMATH 1443.93002, 2020)