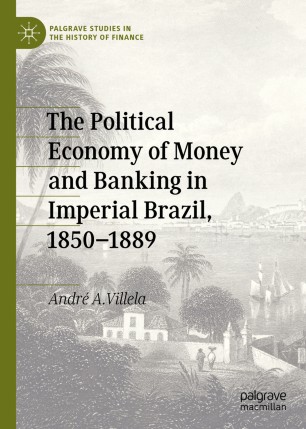 The Political Economy of Money and Banking in Imperial Brazil, 1850–1889

This book uncovers the extent to which government policy in mid nineteenth-century Brazil followed the interests of the all-powerful coffee growing class. The testing ground for this question is monetary and banking policy, an area in which exporters and the Brazilian government were often at loggerheads. The development of the monetary and banking regime during the second half of the Brazilian Empire (1850-89) is examined in a chronological and thematic way. The book establishes two major points of historical fact: the peculiar nature of the monetary standard adopted in Brazil during part of the period, as well as the role of the Bank of Brazil therein. Additionally, the analysis broadens current knowledge of three of the major contemporary events in the financial sphere – the 1860 banking and corporate law, the Souto crisis of 1864 and the 1875 financial crisis that brought down Mauá’s business empire. This book will be of interest to academics, both as secondary literature for their own research and as material that could be used in class at the advanced undergraduate or graduate levels. It will appeal to those interested not only in Brazilian economic and financial history, but also to students of political economy in general.