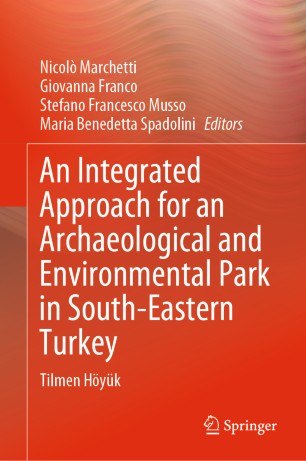 This book reports on a public archaeology project carried out at the ancient site of Tilmen Höyük in south-eastern Turkey. The project developed and applied new methodologies and advanced technologies for the planning, design, conservation and management of an archaeological park at a site of high cultural, environmental and touristic interest, representing a significant study case for other archaeological sites in the Mediterranean area and beyond. It highlights state-of-the-art techniques of remote sensing, both for archaeological surveying and for territorial and environmental analysis through the study of high-definition aerial photos and digital photogrammetry. It also takes into account the ecological and environmental characterization data elaborated by environmental and botanic experts, fundamental for the purposes of eco-sustainability and management of the site, through climate and ground measurements aiming at vegetation control and a management model for the archaeological site itself and its green areas of outstanding naturalistic interest. Further, the book comprehensively discusses the analysis of the state of preservation of the archaeological remains and their effective conservation based on a set of measures guided by the principles of minimum intervention, feasibility and low impact on the remains, the site and its landscape. Moreover, it presents novel devices and fixed structures aimed at protecting the fragile archaeological remains and allowing safe access to visitors to the newly created archaeological park. At the intersection of archaeology, architecture and natural sciences, this book appeals to researchers and specialists in archaeology, social sciences, environmental sciences, conservation, architecture and engineering disciplines.

Nicolò Marchetti is professor of archaeology and history of art of the ancient Near East at the University of Bologna, Italy. He directs excavation and conservation projects at Karkemish, Turkey and East Nineveh, Iraq.

Giovanna Franco is professor of technology of architecture at the University of Genoa, Italy.

Stefano Francesco Musso is professor of architectural restoration at the University of Genoa, Italy. He served as president of EAAE (European Association for Architectural Education) from 2010 to 2012.

Maria Benedetta Spadolini is professor of industrial design at the University of Genoa, Italy.