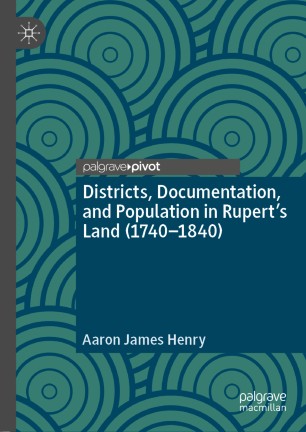 This book interrogates how districts were used in British North America to inspect, and document indigenous people by the Hudson’s Bay Company (HBC). In particular, it examines how the HBC utilized districts to create a political geography that allowed for closer surveillance of indigenous people and stabilized debt. An initial examination of how the district was used to rework earlier 18th-century conducts of observation into the more ordered and spatially limited regime of inspection is undertaken, followed by an investigation of how the district became central to the HBC’s efforts to limit the movement of indigenous people, individualize hunters, and spur ‘industriousness’. The book points to how districts became key to a number of colonial projects, laying the infrastructure for the modern reserve system in Canada. In this sense, the book provides a critical genealogy of how the command of space and social vision shaped Canada’s colonial geography.