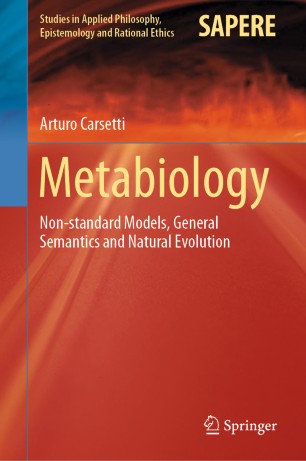 In the context of life sciences, we are constantly confronted with information that possesses precise semantic values and appears essentially immersed in a specific evolutionary trend. In such a framework, Nature appears, in Monod’s words, as a tinkerer characterized by the presence of precise principles of self-organization. However, while Monod was obliged to incorporate his brilliant intuitions into the framework of first-order cybernetics and a theory of information with an exclusively syntactic character such as that defined by Shannon, research advances in recent decades have led not only to the definition of a second-order cybernetics but also to an exploration of the boundaries of semantic information. As H. Atlan states, on a biological level "the function self-organizes together with its meaning". Hence the need to refer to a conceptual theory of complexity and to a theory of self-organization characterized in an intentional sense. There is also a need to introduce, at the genetic level, a distinction between coder and ruler as well as the opportunity to define a real software space for natural evolution.  The recourse to non-standard model theory, the opening to a new general semantics, and the innovative definition of the relationship between coder and ruler can be considered, today, among the most powerful theoretical tools at our disposal in order to correctly define the contours of that new conceptual revolution increasingly referred to as metabiology. This book focuses on identifying and investigating the role played by these particular theoretical tools in the development of this new scientific paradigm. Nature "speaks" by means of mathematical forms: we can observe these forms, but they are, at the same time, inside us as they populate our organs of cognition.   In this context, the volume highlights how metabiology appears primarily to refer to the growth itself of our instruments of participatory knowledge of the world.