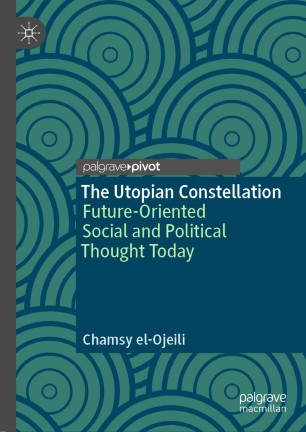 This book examines the utopian dimension of contemporary social and political thought. Arguing for a utopian optic for the human sciences, el-Ojeili claims that major transformations of the utopian constellation have occurred since the end of the twentieth century.

Following a survey of major utopian shifts in the modern period, el-Ojeili focuses on three spaces within today’s utopian constellation. At the liberal centre, we see a splintering effect, particularly after the global financial crisis of 2008: a contingent neo-liberalism, a neo-Keynesian turn, and a liberalism of fear. At the far-Right margin, we see the consolidation of post-fascism, a combination of “the future in the past”, elements of the post-modern present, and appeals to a novel future. Finally, at the far-Left, a new communism has emerged, with novel positions on resistance, maps of power, and a contemporary variant of the Left’s artistic critique.

The Utopian Constellation will be of interest to scholars and students across the human sciences with an interest in utopian studies, ideological and discourse analysis, the sociology of knowledge, and the study of political culture.