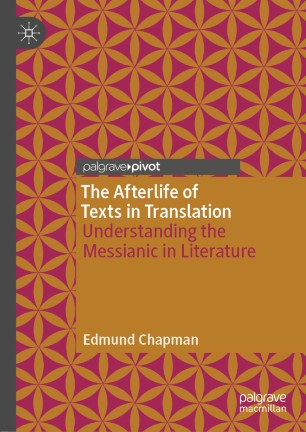 The Afterlife of Texts in Translation

Understanding the Messianic in Literature

The Afterlife of Texts in Translation: Understanding the Messianic in Literature reads Walter Benjamin’s and Jacques Derrida’s writings on translation as suggesting that texts exist within a process of continual translation. Understanding Benjamin’s and Derrida’s concept of ‘afterlife’ as ‘overliving’, this book proposes that reading Benjamin’s and Derrida’s writings on translation in terms of their wider thought on language and history suggests that textuality itself possesses a ‘messianic’ quality. Developing this idea in relation to the many rewritings and translations of Don Quijote, particularly the multiple rewritings by Jorge Luis Borges, Edmund Chapman asserts that texts consist of a structure of potential for endless translation that continually promises the overcoming of language, history and textuality itself.

Edmund Chapman has taught English Literature and French at the University of Manchester, UK. He is a co-editor of New Voices in Translation Studies.

“In this fascinating book, Edmund Chapman proposes a messianic 'afterlife' for literature. Straddling the boundaries between critical theory, comparative literature and translation theory, and negotiating between Benjamin, Derrida and Borges’ distinct theories of translation, he argues that every original text is inhabited by a messianic excess over itself which both calls for, and prevents, translatability. This powerful and original work will undoubtedly have a rich critical afterlife of its own.” (Arthur Bradley, Professor of Comparative Literature, Lancaster University, UK, and author of Unbearable Life: A Genealogy of Political Erasure (2019))
Buy options