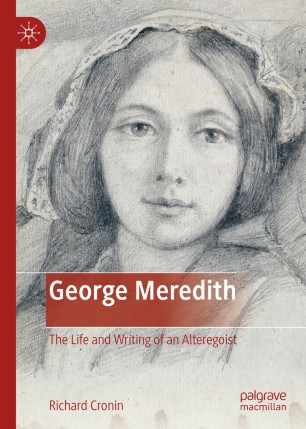 The Life and Writing of an Alteregoist

George Meredith: The Life and Writing of an Alteregoist is not only a critical biography of the Victorian novelist and poet George Meredith but also a portrait of the novel in the later nineteenth century. Interweaving analysis of Meredith’s novels and poems with discussion of his life, Richard Cronin focuses primarily on the books Meredith read and wrote—arguing that novels by the end of the nineteenth century were shaped as much by the reading as by the experience of their writers. Cronin places Meredith’s novels in relation to the work of his contemporaries including Henry James, Thomas Hardy, and George Gissing. Organized thematically, the book explores Meredith’s personal side—including his hostility to biography, his origins as the son of a tailor, his marriages—as well as his reading habits, and the prose style that is the most complete expression of his strange but compelling personality.

“Cronin’s impressive biography reflects a lifetime of close engagement with Meredith’s writings, and it produces a rich, complex portrait of a writer – at once self-conflicted, self-erasing and utterly assured – who lived more successfully in and through his art than he did in the realm of the quotidian. Meredith was the first and best English exponent of ‘alteregoism,’ Cronin argues, and he wrote novels because they offered him a way of looking at himself as if he were someone else. Written with elegance, clarity, wit, and learning, George Meredith: The Life and Writing of an Alteregoist makes an invaluable and highly original contribution to understanding of Meredith and of the late-Victorian novel generally.” (Nicholas Frankel, Professor of English, Virginia Commonwealth University, USA, and author of Oscar Wilde's Decorated Books and Oscar Wilde: The Unrepentant Years (2017))
Buy options