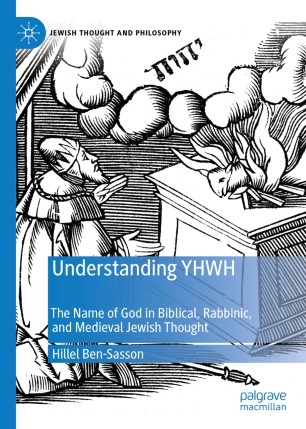 The Name of God in Biblical, Rabbinic, and Medieval Jewish Thought

Part of the Jewish Thought and Philosophy book series (JTP)

This book unlocks the Jewish theology of YHWH in three central stages of Jewish thought: the Hebrew bible, rabbinic literature, and medieval philosophy and mysticism. Providing a single conceptual key adapted from the philosophical debate on proper names, the book paints a dynamic picture of YHWH’s meanings over a spectrum of periods and genres, portraying an evolving interaction between two theological motivations: the wish to speak about God and the wish to speak to Him. Through this investigation, the book shows how Jews interpreted God's name in attempt to map the human-God relation, and to determine the measure of possibility for believers to realize a divine presence in their midst, through language.

Hillel Ben-Sasson is a scholar of Jewish theology and political philosophy. His academic appointments include positions in Israel, Germany, and the United States.

“Hillel Ben-Sasson's book takes us through a profound journey of theological intimacy. This is a path breaking work that aims at the very heart of Jewish theology and religiosity. What's in a name? Everything, so it seems.” (Menachem Lorberbaum, Professor of Jewish Philosophy and Talmud, Tel Aviv University, Israel)

“In this extraordinarily learned and keenly insightful treatment of one of the pivotal issues of Jewish theology, Hillel Ben-Sasson explicates a wide range of texts that attempt to interpret the name of God in Jewish sources and hence to understand humanity’s relationship with the divine. By applying tools adopted from classical and analytic philosophy to these diverse texts, Ben-Sasson uncovers a debate throughout Jewish intellectual history concerning the ways in which—and the extent to which—humanity can approach the divine. This book provides a breathtakingly deft synthesis of textual erudition, philosophical clarity, and theological depth.” (Benjamin Sommer, Professor of Bible and Ancient Semitic Languages, The Jewish Theological Seminary, USA)

“Hillel Ben-Sasson's brilliant and erudite book explores the most fundamental question of Jewish Thought. In analyzing with remarkable scope and depth the radically different ways in which God's name YHWH was interpreted in ancient and medieval Jewish trends, the book sheds light on the immense wealth and dynamism of Jewish tradition.” (Moshe Halbertal, Gruss Professor of Law at NYU Law School and Professor of Philosophy at the Hebrew University of Jerusalem, Israel)