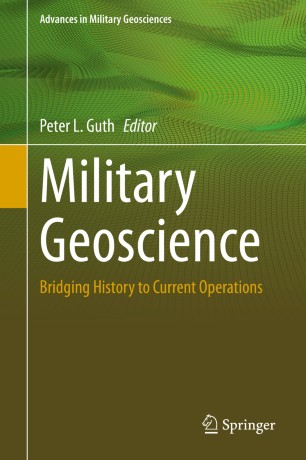 Part of the Advances in Military Geosciences book series (AMG)

This book is a collection of papers presented at the 11th International Conference of Military Geoscience that was held in 2015.
The conference included discussion on a diverse range of geosciences, including military history, military geology, teaching geology from a military prospective, geological influence on the battlefield, and environmental and cultural issues related to management of military lands. Geology and geography have played a significant role in military history, from providing the stone for primitive tools and weapons, to the utilization of terrain in offensive and defensive strategies. Specific to this volume, deserts comprise nearly a third of the Earth’s surface and have been the site of numerous battles where the dust, heat, and a lack of food and water have provided challenges to military leaders and warriors. This book examines the role of deserts in past and modern warfare, the problems and challenges in managing military lands in desert regions, and how desert environmental conditions can impact military equipment and personnel. This proceedings volume should be of interest to scholars, professionals, and those interested in military history, warfare, geology, geography, cultural resources, general science, and military operations.

Professor Peter Guth was educated at Deep Springs College, West Point (US Military Academy), and earned a PhD from MIT on a Hertz Fellowship doing geologic mapping in the Sheep Range north of Las Vegas. He served in the military on active duty for 11 years, and the reserves for 17 years. He has taught at West Point, the University of Nevada Las Vegas, and has been on the faculty of the Naval Academy’s oceanography department since 1988, teaching a wide range of courses including his research interests of geology and computer mapping.  He has served on the promotion and tenure committee, chaired the faculty senate curriculum committee, and is in the second year as president of the faculty senate. In 2018 he was a Fulbright Scholar in Morocco.