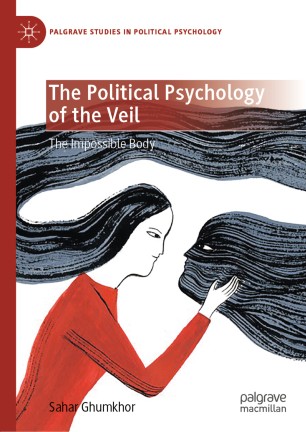 The Political Psychology of the Veil

Veiled women in the West appear menacing. Their visible invisibility is a cause of obsession. What is beneath the veil more than a woman? This book investigates the preoccupation with the veiled body through the imaging and imagining of Muslim women. It examines the relationship between the body and knowledge through the politics of freedom as grounded in a ‘natural’ body, in the index of flesh. The impulse to unveil is more than a desire to free the Muslim woman. What lies at the heart of the fantasy of saving the Muslim woman is the West’s desire to save itself. The preoccupation with the veiled woman is a defense that preserves neither the object of orientalism nor the difference embodied in women’s bodies, but inversely, insists on the corporeal boundaries of the West’s mode of knowing and truth-making. The book contends that the imagination of unveiling restores the West’s sense of its own power and enables it to intrude where it is ‘other’ – thus making it the centre and the agent by promising universal freedom, all the while stifling the question of what freedom is.

Sahar Ghumkhor teaches and researches in the School of Social and Political Sciences at the University of Melbourne, Australia.