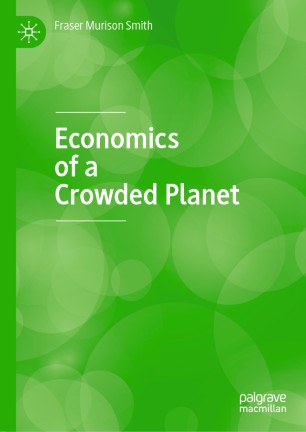 Economics of a Crowded Planet

This book asks the question, how would economics look today and into the future if one started with a blank sheet of paper? Written mainly for a technical audience, yet accessible to the lay reader, Economics of a Crowded Planet addresses the ontology, epistemology and methodology of a future economics as if from outside the economy looking in. It presents a conceptual framework for a future economics drawing from systems science and hierarchy theory, integrating central concepts from present-day economics, so as to orient the field in a direction that can serve society’s future needs in practical ways.

The exposition reveals a paradigm called ‘market collectivism’: the idea that the power of markets may be used to steer the economy toward a desired long-term goal.  Both a prescriptive doctrine and an economic methodology, it treats the economy and nature as instances of complex, evolutionary systems, demanding analytical tools quite unlike those of the 20th-century mainstream.

Fraser Murison Smith is an energy specialist in public utilities, formerly an information systems consultant and award-winning cleantech entrepreneur. After completing a PhD in theoretical ecology at Oxford University, he was a postdoctoral fellow at Stanford University in ecological economics. He has published papers on fisheries, biodiversity and economic development, as well as a book, Environmental Sustainability: Practical Global Implications (1997). Fraser and his wife, a healthcare technology leader, share their home in Northern California with two wonderful young children and a canoe and tent on standby for spontaneous forays into the surrounding mountains, rivers and lakes.