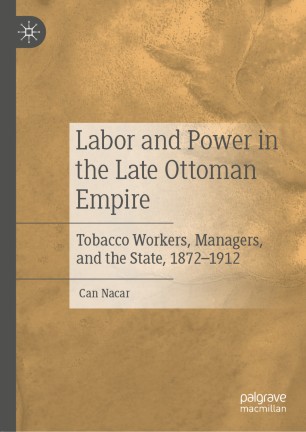 Labor and Power in the Late Ottoman Empire

By the early twentieth century, consumers around the world had developed a taste for Ottoman-grown tobacco. Employing tens of thousands of workers, the Ottoman tobacco industry flourished in the decades between the 1870s to the First Balkan War—and it became the locus of many of the most active labor struggles across the empire. Can Nacar delves into the lives of these workers and their fight for better working conditions. Full of insight into the changing relations of power between capital and labor in the Ottoman Empire and the role played by state actors in these relations, this book also draws on a rich array of primary sources to foreground the voices of tobacco workers themselves.

Can Nacar is Assistant Professor of History at Koç University, Istanbul, Turkey.