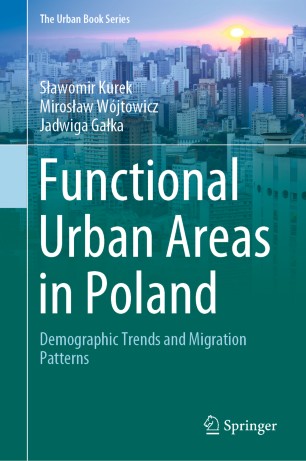 This book explores demographic changes in Functional Urban Areas (FUAs) in Poland since 1990. Functional Urban Areas, introduced by ESPON, refer to functional territorial units that can be defined as travel-to-work-area, representing strong integration between urban cores and their immediate hinterland. The functional urban area consists of a city plus its commuting zone. It fills a significant gap in the academic literature by providing a deep and thorough analysis of the process of population change in Polish FUAs over the past 30 years. In particular, this empirical research work addresses population growth and decline; the main components of population growth including fertility, mortality and migration; age composition; and the pace of population ageing.

The book argues that the transformations of urban structures are triggered by second demographic transition (SDT) and suburbanization processes. Based on data from the Central Statistical Office, this comparative study on FUAs in Poland, which employs a division into core and commuting zones, reveals essential similarities and differences in population development, making it possible to construct a demographic typology of FUAs and investigate their spatial arrangements. A unique and innovative book, it will appeal to geographers, demographers, urbanists, city planners and policymakers, as well as students, academic researchers and others involved in urban studies.