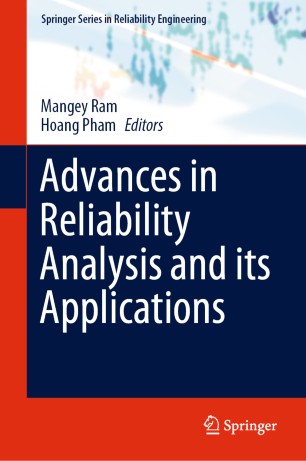 Advances in Reliability Analysis and its Applications

This book presents the latest research in the fields of reliability theory and its applications, providing a comprehensive overview of reliability engineering and discussing various tools, techniques, strategies and methods within these areas. Reliability analysis is one of the most multidimensional topics in the field of systems reliability engineering, and while its rapid development creates opportunities for industrialists and academics, it is also means that it is hard to keep up to date with the research taking place. By gathering findings from institutions around the globe, the book offers insights into the international developments in the field. As well as discussing the current areas of research, it also identifies knowledge gaps in reliability theory and its applications and highlights fruitful avenues for future research.

Dr. Mangey Ram received the Ph.D. degree major in Mathematics and minor in Computer Science from G. B. Pant University of Agriculture and Technology, Pantnagar, India. He has been a Faculty Member for around ten years and has taught several core courses in pure and applied mathematics at undergraduate, postgraduate, and doctorate levels. He is currently a Professor at Graphic Era (Deemed to be University), Dehradun, India. Before joining the Graphic Era, he was a Deputy Manager (Probationary Officer) with Syndicate Bank for a short period. He is Editor-in-Chief of International Journal of Mathematical, Engineering and Management Sciences and the Guest Editor & Member of the editorial board of various journals. He is a regular reviewer for international journals, including IEEE, Elsevier, Springer, Emerald, John Wiley, Taylor & Francis and many other publishers. He has published 150 plus research publications in IEEE, Taylor & Francis, Springer, Elsevier, Emerald, World Scientific and many other national and international journals of repute and also presented his works at national and international conferences. His fields of research are reliability theory and applied mathematics. Dr. Ram is a Senior Member of the IEEE, Life Member of Operational Research Society of India, Society for Reliability Engineering, Quality and Operations Management in India, Indian Society of Industrial and Applied Mathematics, Member of International Association of Engineers in Hong Kong, and Emerald Literati Network in the U.K. He has been a Member of the organizing committee of a number of international and national conferences, seminars, and workshops. He has been conferred with “Young Scientist Award” by the Uttarakhand State Council for Science and Technology, Dehradun, in 2009. He has been awarded the “Best Faculty Award” in 2011; “Research Excellence Award” in 2015; and recently “Outstanding Researcher Award” in 2018 for his significant contribution in academics and research at Graphic Era Deemed to be University, Dehradun, India.

Dr. Hoang Pham is a Distinguished Professor and Former Chairman (2007–2013) of the Department of Industrial and Systems Engineering at Rutgers University, New Jersey. Before joining Rutgers, he was a Senior Engineering Specialist with the Boeing Company and the Idaho National Engineering Laboratory. He received the M.S. degree in Statistics from the University of Illinois Urbana Champaign, and the M.S. and Ph.D. degrees in Industrial Engineering from the State University of New York, Buffalo.

Dr. Pham has been served as Editor-in-Chief, Editor, Associate Editor, Guest Editor and Board Member of many journals. He is the Editor of Springer Book Series in Reliability Engineering and the Editor of World Scientific Book Series on Industrial and Systems Engineering and has served as Conference Chair and Programme Chair of over 40 international conferences. He is the author or coauthor of 6 books and has published over 170 journal articles and edited 12 books including Springer Handbook in Engineering Statistics and Handbook in Reliability Engineering. He has delivered over 40 invited keynotes and plenary speeches at many international conferences. His numerous awards include the 2009 IEEE Reliability Society Engineer of the Year Award. He is a Fellow of the IEEE and the Institute of Industrial Engineers (IIE).