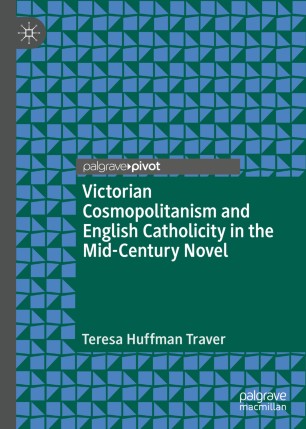 Victorian Cosmopolitanism and English Catholicity in the Mid-Century Novel

Victorian Cosmopolitanism and English Catholicity in the Mid-Century Novel argues that the Creedal doctrines of “the communion of saints” and the “holy Catholic Church” provided Victorian novelists—both Roman Catholic and Protestant—with a means of exploring religious forms of cosmopolitanism. Building on research exploring the divisions between Roman Catholicism and Protestantism in Victorian literature and culture, Teresa Huffman Traver considers the extent to which anti-Catholicism, domesticity, and national identity were linked. Huffman Traver connects this research with cosmopolitan theory, and analyzes how the conception of Catholicity could be used to reach beyond national identity towards a transnational community. Investigating the idea of a “rooted” cosmopolitanism, grounded in the local and limited in scope, this Pivot book offers a new angle on how religion, domesticity, and national identity were constructed in nineteenth-century British culture.