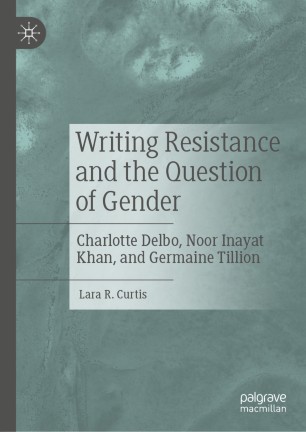 Writing Resistance and the Question of Gender

This book presents the first comparative study of the works of Charlotte Delbo, Noor Inayat Khan, and Germaine Tillion in relation to their vigorous struggles against Nazi aggression during World War II and the Holocaust. It illuminates ways in which their early lives conditioned both their political engagements during wartime and their extraordinary literary creations empowered by what Lara R. Curtis refers to as modes of ‘writing resistance.’ With skillful recourse to a remarkable variety of genres, they offer compelling autobiographical reflections, vivid chronicles of wartime atrocities, eyewitness accounts of victims, and acute perspectives on the political implications of major events. Their sensitive reflections of gendered subjectivity authenticate the myriad voices and visions they capture. In sum, this book highlights the lives and works of three courageous women who were ceaselessly committed to a noble cause during the Holocaust and World War II.