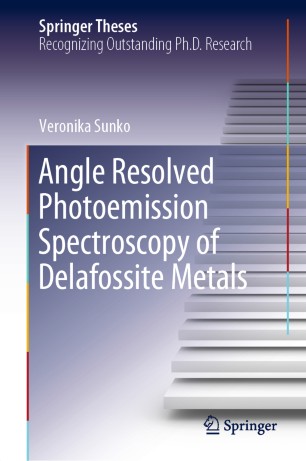 This thesis describes the results of angle resolved photoemission spectroscopy experiments on delafossite oxide metals, and theoretical work explaining these observations. The study was motivated by the extraordinarily high conductivity of the non-magnetic delafossites PdCoO2 and PtCoO2, the measurement of whose electronic structure is reported and discussed. Two unexpected effects were observed in the course of the investigation; each is described and analysed in detail. Firstly, a previously unrecognised type of spectroscopic signal, allowing the non-magnetic probe of photoemission to become sensitive to spin-spin correlations, was observed in the antiferromagnetic PdCrO2. Its origin was identified as the Kondo-like coupling of itinerant and Mott insulating electrons. Furthermore, surface states exhibiting an unusually large Rashba-like spin-splitting were observed on the transition metal terminated surfaces of delafossites. The large inversion symmetry breaking energy scale, a consequence of the unusual structure of the surface layer, is identified as the origin of the effect.