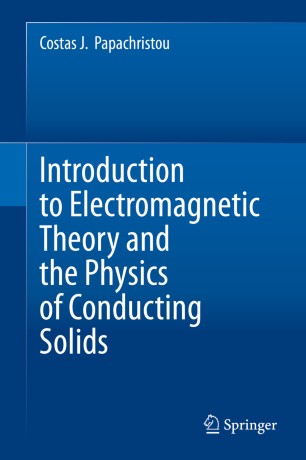 Introduction to Electromagnetic Theory and the Physics of Conducting Solids

The book is intended to introduce the student to classical electrodynamics and, at the same time, to explain in simple terms the quantum theory of conducting substances – in particular, the solid ones. Excessive mathematical proof is avoided as much as possible, in favor of pedagogical efficiency at an introductory level. The theory of vector fields is briefly discussed in a separate chapter, helping the student cope with the mathematical challenges of Maxwell's theory.

The book serves as a primary source for a sophomore-level electromagnetics course in an electronics-oriented engineering program, but it can also be used as a secondary (tutorial) source for an intermediate-level course in electrodynamics for physicists and engineers. The content is based on the author’s lecture notes for his sophomore-level Physics course at the Hellenic Naval Academy.