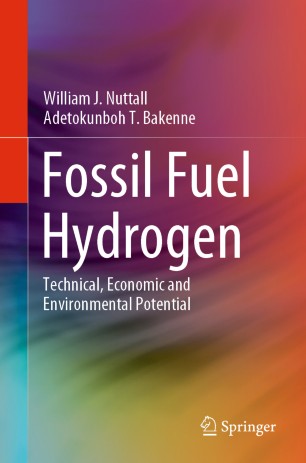 As the case for Climate Change mitigation becomes ever more pressing, hydrogen has the potential to play a major role in a low-carbon energy future. Hydrogen can drive the vehicles of tomorrow and also heat homes and supply energy to businesses. Much recent discussion in energy policy circles has considered ways in which greatly expanded electrification can meet the demand for low-carbon mobility and heating. Such narratives centre on the widespread use of renewable energy sources with occasionally surplus renewable electricity being used to produce hydrogen, for example by electrolysis. While such developments have a beneficial role to play, this book focuses on an alternative paradigm. This book considers a more evolutionary path involving the continued extraction and use of fossil fuels, most notably natural gas, but in ways that greatly reduce greenhouse gas emissions. In this way much established industrial capacity and know how might be transitioned to help deliver the low carbon future that the world so desperately requires.

Presenting up-to-date energy policy recommendations with a focus on hydrogen from fossil fuels, the book will be of considerable interest to policymakers and energy researchers in academia, industry and government labs, while also offering a valuable reference guide for business developers in low-carbon energy, and for oil and gas industry analysts.