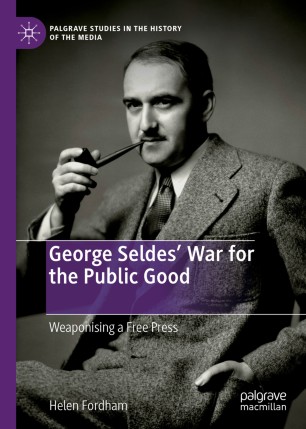 This book examines the idea of fake news through an analysis of the work of early to mid-twentieth century press critic George Seldes. By examining fake news - also known as propaganda and misinformation - from this period it becomes evident that it is a phenomenon that emerges in response to particular social, political and economic conditions. It is, therefore, not a new process but always a feature of the media ecosystem. Seldes’ work makes evident that contemporary anxieties about the role, function, future and credibility of journalism were expressed in the 1930s and 1940s. The same fears were circulated about the consequences of fake news and propaganda on democratic debate. The same concerns were also expressed about how technology extends the circulation of propaganda and fake news, and affects journalism practices. An analysis of Seldes’ media criticism of the fake news, lies and propaganda in daily newspapers in the 1930s and 1940s exposes the historical nature and impact of fake news on public debate, and affirms the critical role of journalists in exposing fake news.