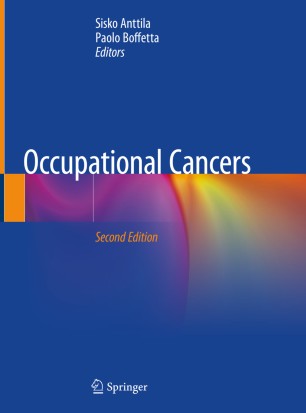 This revised and updated new edition of a successful book is a multidisciplinary, comprehensive guide to occupational factors of malignant diseases.

Building on the first edition, new research discoveries and their consequences in our understanding on carcinogenic mechanisms, diagnosis and attribution of occupational cancers are discussed. Examples of such discoveries are germline and acquired mutations of BAP1 in malignant mesothelioma, which have led to changes in diagnostic criteria, and carcinogen-specific genetic and epigenetic alterations in lung cancer. There are several new chapters, including gastrointestinal cancers, epidemiology of lung cancer, cancer of thyroid, and the role of primary health care in occupational cancer control.

Sisko Anttila, MD, PhD, is Head of Pulmonary Pathology at the Department of Pathology, University of Helsinki and Helsinki University Hospital, Helsinki, Finland. Previously, she worked as chief physician and pathologist at the Finnish Institute of Occupational Health, Helsinki, Finland. Her research has concentrated on gene-environment interactions in pulmonary carcinogenesis, including tobacco-derived carcinogens and asbestos. Dr. Anttila has special interest in pulmonary pathology, especially pathology of occupational lung diseases and malignant mesothelioma. She was a member of a working group establishing international criteria for asbestos-related diseases (Asbestos, Asbestosis, and Cancer, Helsinki Criteria for Diagnosis and Attribution 2014).

“This book is written for clinicians, epidemiologists and occupational health scientists. … To my knowledge, this is the only book in the world that comprehensively considers every possible occupational origin for cancer.” (John T. Pierce, Doody's Book Reviews, July 17, 2020)