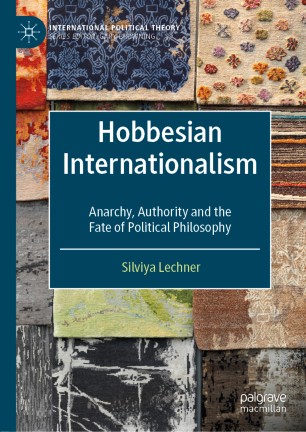 Anarchy, Authority and the Fate of Political Philosophy

This book sets out to re-examine the foundations of Thomas Hobbes’s political philosophy, and to develop a Hobbesian normative theory of international relations. Its central thesis is that two concepts – anarchy and authority – constitute the core of Hobbes's political philosophy whose aim is to justify the state. The Hobbesian state is a type of authority  (juridical, public, coercive, and supreme) which emerges under conditions of anarchy ('state of nature'). A state-of-nature argument makes a difference because it justifies authority without appeal to moral obligation. The book shows that the closest analogue of a Hobbesian authority in international relations is Kant's confederation of free states, where states enjoy 'anarchical' (equal) freedom. At present, this crucial form of freedom is being threatened by economic processes of globalisation, and by the resurgence of private authority across state borders.

Silviya Lechner was Assistant Professor and is currently a senior visiting research fellow at King’s College London, UK. She specialises in social and political philosophy, theory of action, and international political theory. She is the co-author of Practice Theory and International Relations (with M. Frost, 2018).